~“THE BALANCE OF A HOUSE IN ORDER…or not”~

Wow, it's been fifty years since the Dr. Martin Luther King "Poor Peoples March on Washington D.C.! It didn't seem so long ago... Oh how I remember that day! In 1968 I was a student at Roxborough High and residing in the 'East Falls Housing Project, in Philly. It was a rather hot day in the hood.

~“THE BALANCE OF A HOUSE IN ORDER…or not”~ 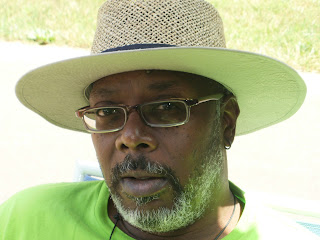 
Throughout history, it has been apparently evident that many white people have little knowledge about the historic relationship between Africans and Native Americans. They knew by the early 19th century, slave ships had brought millions of enslaved Africans here to the United States. What they also did not know about the Africans who accompanied the earliest European expeditions did not come in chains, but as “Free People.” They were translators for European explorers and merchants and rose to play vital roles as negotiators and diplomats with Native Americans.

Before Columbus, of Portugal sent crews of sailors along Africa’s Atlantic coast, where they encountered people who spoke many different tongues. Some had extraordinary language skills. In 1453, Prince Henry ordered African interpreters hired on his voyages of discovery to act as translators with the Native Americans. Spain, Holland, France, and England also began to rely on African translators in the Americas.

“Especially in the earliest contact period, Africans were valued by Europeans as interpreters with the Native Americans,” explained historian Peter Bakker. “These men of African origins were not slaves but Free Black Men in the employ of various European trading and exploratory ventures.”

Historian Ira Berlin described how African translators he called “Atlantic Creoles” built solid trade relations with Native Americans. They were, Berlin admiringly wrote, “fluent in new languages, and intimate with its trade and cultures, they were cosmopolitan in the fullest sense .” In North America, historian J. Leitch Wright Jr. confirmed “both Whites and Indians relied heavily on Negro Interpreters.”

In 1609, Henry Hudson reached what Native Americans called ‘Manhattes,’ the Dutch called New Amsterdam, and today we call Manhattan. But few knew that around the time of Hudson’s landing, French and Dutch ship captains were using African interpreters when trading with Native Americans.

Politicians of the United States and Throughout the World Beware and Pay Close Attention:

For as much as many have taken in hand to set forth in order a declaration of those things which are most surely believed among us, even as they delivered them unto us, which from the beginning were eyewitnesses, and of the word; It seemed good to me also, having had perfect understanding of all things from the very first, to write unto thee in order, a most excellent Theophilus. That thou mightiest know the certainty of those things, wherein thou hast been instructed.
There was in the days of a certain priest named Zacharias, of the course of Abia and his wife was of the daughters of Aaron, and her name was Elisabeth.
They were both righteous before God, walking in all the commandments and ordinances of the Lord blameless. And they had no child, because they were both barren and they both were now stricken in years. It came to pass, that while he executed the office of priest, according to the custom of the office, his lot was to burn incense when he went into the temple of the Lord.
The whole multitude of the people were praying without the time of incense and there appeared unto him an Angel of the Lord. The Angel was standing on the right side of the altar of incense. And when Zacharias saw him, he was troubled, and fear fell upon him. But the Angel said unto him, “Fear not, Zacharias, for thy prayer is heard; and thy wife Elisabeth shall bear thee a son, and thou shalt call his name John.

And in the sixth month the angel, Gabriel was sent to from God unto a city of Galilee, named Nazareth, to a virgin espoused to a man whose name is Joseph of the house of David; an the virgins name was Mary.
And the angel came in unto her, and said, “Hail, thou art highly favored, the Lord is with thee; blessed art thou among women. Fear not, Mary, fo r thou hast found favor with God. Behold, thou shalt conceive in thy womb, and bring forth a son, and shalt call his name Jesus (YAHshua).
He shall be great, and shall be called the son of the Highest. For with God, nothing shall be impossible!”
And Mary said, “My soul doth magnify the Lord.”

The spirit hath rejoiced in God My Savior:
The Lord, My God, hath regarded the low estate of his handmaiden, for behold, from henceforth all generations shall be blessed. For that is mighty hath done to me great things; and holy is his name, and his mercy is on them that fear him from generation to generation. He hath showed strength with his arm, he hath scattered the proud in the imagination of their hearts.

He hath filled the hungry with good things, and the rich he hath sent empty away!

By the second millennium B.C., humankind was already old upon the Earth and had created many other civilizations, some of them highly developed. Some of them, too, flourished in areas far from the Mediterranean Sea; in the Orient, in Africa, and in the Americas. Nevertheless, it is to the Hebrews, the Greeks, and the Romans that we look for the main literary traditions of Western culture.
These traditions are the riverhead of Western literature, other contributions near the source and continuing tributary streams from Africa and the East.
The core of Hebrew culture has always been religion, and it is through religion that it has most strongly influenced the Western World. Hebrews culture and conception of God and much of their view of the world is summed up in the prophet Micah’s deceptively simple words:

“He has showed you, O man, what is good; and what does the Lord require of you but to do justice, and to love kindness, and to walk humbly with your God? God, from whom the idea of ”the good” derives, and a moral role for human beings in which they, along with everything else, are subordinated to God.”
The Hebrew “Yahweh” came to the God of all mankind and, at the same time, the God of each individual.

The result of this personal relationship was a stress upon individual experience, and emphasis upon conscience that includes a social conscience, and a concentration upon introspection and the spiritual life.
To “know oneself” was to know one’s mind, body, and spirit as a harmonious balanced system – an exacting code of morality.
And it came to pass, when men began to multiply on the face of the Earth, and daughters were born unto them, that the sons of God saw the daughters of men that were fair: and they took them wives of all which they chose.
And the Lord said, “My spirit shall not always strive with man, for that he also is flesh: yet shall his days shall be a hundred and twenty years.” There were giants in the Earth in those days; and also after that, when the sons of God came unto the daughters of men, and they bore children to them, the same became mighty men which were of old, men of renown, and God saw that the wickedness of man was great in the Earth, and that every imagination of the thoughts of his heart was only evil continually.

While he was yet speaking, there came also another, and said, “Thy sons and thy daughters were eating and drinking wine in their eldest brother’s house and, behold, there came a great wind from the wilderness, and smote the four corners of the house, and it fell upon the young men, and they are dead, and I only am escaped alone to tell thee.”
Then Job arose, and rent his mantle, and shaved his head, and fell down upon the ground, and worshiped, and said, “Naked came I out of my mother’s womb, and naked shall I return thither; the Lord gave, and the Lord hath taken away: Blessed be the name of the Lord.”

Noah was a just man and perfect in his generations, and Noah walked with God. And Noah begot three sons, Shem, Ham, and Japheth…and God said unto Noah, “The end of all flesh is come before me, for the Earth is filled with violence through them, and behold I will destroy them with the Earth.”

“Because of your lewdness and witchcrafts, and idolatries which ye shall practice against the kingdom, following them that have familiar spirits, diviners, and demons of error. Ye shall make your daughters singing girls and harlots and ye shall mingle in the abominations of the Gentiles. For which things’ sake the Lord shall bring upon you famine n pestilence, death and the sword, beleaguering by enemies, and the reviling of friends, the slaughter of children, the rape of wives, the plundering of possessions, the burning of the temple of God, the laying waste of the land, the enslavement of yourselves among the Gentiles.

Until the Lord visit you, when with perfect heart ye repent and walk in all his commandments, and he bring you up from captivity among the Gentiles. And after these things shall a star arise to you from Jacob in peace. And a man shall arise from my seed, like the sun of righteousness, walking with the sons of men in meekness and righteousness.”

You should feed the hungry, house the homeless, teach the ignorant, and love they Brother and Sister to the point of “If I have, You Have!” The Lord thy God Shall find forgiveness of thee for all thy sinful and hateful ways and practices.”

“What is a Man or Woman who doesn’t try and make the world better?”

Those of you who have deemed yourselves savior, leader, president, statesmen, justices, priests, teachers, scholars, and learned people…make it right in the world! God has given you the power to do so. If You Do This - The Balance of this house, our world, shall surely be in order.
It’s not too late.

The Gospel According to St. Luke, Ancient World, Literature of the Western World, Vol. 1, The Flood, Job

“The Spirit of The Soul and The Death of Morals,” by Gregory V. Boulware, Amazon

“The Lost Tribes of Twelve and Yahveh the Father”
http://yahvehthefatherthelosttribesoftwelve.blogspot.com/

“A Love Letter From Father – Genesis to Revelation”
http://letterfromfather.blogspot.com/

“Of Spirit and Faith”
http://ofspiritandfaith.blogspot.com/

“The Land of OZ and The Land of Babel”
http://landofozandthelandofbabel.blogspot.com/

“A Drink of Four Rivers”
http://boulwareenterprises.wordpress.com/2013/06/29/a-drink-of-four-rivers/

Gregory V. Boulware
Saggitarius - Year of the Dragon! http://www.BoulwareEnterprises.com "From blog to blurb," Mr. Boulware has come to produce, mitigate, and provide a myriad of postulating books, articles, and essays for public and private consumption. Simply referred to as 'erudite' by his many readers, fans, and critics, this sagacious author in his natural propensity, moves thought provoking subject material with well graced laxity and modulation over many networks, websites, and social media. Gregory V. Boulware is an accomplished student; combining formal education with self-education; an aspiring author. Recalcitrant to failure and continually in search of opportunities to practice technical skill challenges while gaining proficiency and knowledge, retirement/disability does not offset his intrepid penmanship. Search for Him on various search engines throughout the Internet! Based on Professionalism, Ethic, Dependability, and Personal Pride, Printed Book Material as well as Electronic purchasing consideration is a guaranteed assurance of viewer 'ROI' for readership time and energy. "Thank you for viewing my Article(s) / Essays and On-Line Presence." Peace and Love, Greg. */